Everyone knows Leif Erikson, famed viking explorer, noted for being the first European to set foot on America. Few know of Thorvaldr Erikson famed for being the first viking explorer to be killed by the native population when setting foot on America. Thorvaldr had a chronicle and noble death and he was left on those sandy shores, except….he didn’t die.

It could be because the vestige of Asgardian blood coursing through his veins was gave him the immortality possessed by the gods and was awakened by the importance of this blow between the Native Americans and European Explores. Whatever the reason, Thorvaldr found himself alone and stranded on a strange land. Leif was remembered by History; Thorvaldr got to live it.

Now he lives in the Twin Cities, having lived countless lives and is currently going by the name Aleksander Erikson. He has been promoted to Detective and been assigned to the Major Case Squad with the Minnesota State Patrol. As far as he can tell, his brother’s line has died out long ago. He spent the first few hundred years covertly looking for other relatives (or even strangers), who might be long-lived as he is. So far he hasn’t heard of anyone else that does it without magic. But that doesn’t mean he’s stopped keeping his ears open. But it’s tough. People get paranoid and suspicious of someone that doesn’t age. They assume you’re cruelly keeping the secret from them. That one village in New England thought I was in league with Lucifer.

Aspect: Last of his Line

Detective Aleksander was one of the lead officers on the Alison Harper investigation during Falling Star. He ended bringing in Craig Hale and Bethany Tempest to assist with researching the occult. This led to a minor confrontation with Erin Kirkpatrick and the Summer Court as they also desired Alison.

Later, he was also one of the investigators who helped trace Alison to Clinton, a shady merchant in the Magic Bazaar. He assisted in the interrogation of Clinton and was able to help divine clues to the location of Magnus Jotunnson, leader of the Wyvern Cult and the person who “bought” or kidnapped Alison to fuel a ritual magic spell. Aleksander continued with the other investigators and assisted them in the defeat of Jotunnson and his cult, rescuing Alison Harper from ritual murder.

Then, Alek, Craig, and Thomas Owens accompanied Alison to Pig’s Eye Public House to beseech Blackthorn to intervene regarding the Winter Court claim on Alison’s life. After a tense negotiation, Blackthorn agreed to represent Alison and was able to successfully get her released from the contract her father made. However, Alison was led into a side room to have a conversation with Windsor Simon Pearce who had expressed interest in the girl. Alek and Thomas were able to make their way inside. What occurred in that room is only known to Alek, Thomas and Blackthorn; however afterwards Alison Harper was announced dead as her body was found abandoned.

During Helping Hand, Alek was on administrative leave for his handling of the Alison Harper investigation. He crossed paths with Brittany Winters, Craig Hale, Sister Dark, and Sanya at the Helping Hands Shelter. He was investigating the organization because he felt that they were probably involved in Alison Harper’s disappearance. He assisted the investigators in driving off Aaron Douglas by driving a dump truck into him and the shelter. Alek and Sister Dark took the captive homeless people to Sacred Grounds to protect them, while the other investigators pursued Aaron to Witch’s Hat Tower.

In Changing Faces Thomas called Alek to warn him that Carlos Ortega was sending Red Court Vampires to kill him for interfering in the Alison Harper Investigation. Alek stated that he was on vacation in Florida and thanked Thomas for the warning.

More than once he has raised a family. Devoted husband and father, he was crushed to discover that his long life is not hereditary. His children were also as ephemeral as his wife. He simply couldn’t bear to bury any more of them. Compelled to aid mothers and children, seems unnaturally adept at gaining their trust, and knowing their needs. Never handicap a child by making their life easy. Keep your children short on pocket money—but long on hugs. Get your wife a desk, and stay out of it! Rub her feet. Budget Luxuries first. In a family argument, if it turns out you are right—apologize at once!

Idle Observations of an Immortal Man (The Story and other Phases):

After losing his wife, he spent 230 years traveling the world, drinking, womanizing, and especially gambling… why not? When you live forever, riches come and go. You get really good at picking up on the games, calculating the odds, and reading the players and their motivations, deducing their reasoning. Sometimes you can’t help yourself. Bet Big, or don’t bother. Darling, a true lady takes off her dignity with her clothes and does her whorish best. At other times you can be as modest and dignified as your persona requires. People who go broke in a big way never miss any meals. It is the poor jerk who is shy half a slug who must tighten his belt. Always store Beer in a dark place. Keep your clothes and your gun where you can find them in the dark! There is only one way to console a widow. But remember the risk. There is no such thing as ‘‘Social Gambling. Either you are there to cut the other blokes heart out and eat it—or you’re a sucker. If you don’t like this choice—don’t gamble. All debts need to be paid in full when the ship sails.

During (and Since) his centuries of debauchery, Alex would join a branch of the military, or local law enforcement body. He would serve for a while, out of principle. Then leave out of necessity. His liver may regenerate constantly, but he still gets drunk – impairing his faculties. Several times, his inexperience or his inebriation have led to the deaths of others There are times when no amount of alcohol will quiet those voices. Sober for a good while now, he tries to atone. A brute kills for pleasure. A fool kills from hate. No state has an inherent right to survive through conscript troops and, in the long run, no state ever has. Roman matrons used to say to their sons: “Come back with your shield, or on it.” Later on this custom declined. So did Rome. Those who refuse to support and defend a state have no claim to protection by that state. Killing an anarchist or a pacifist should not be defined as “murder” in a legalistic sense. The offense against the state, if any, should be “Using deadly weapons inside city limits,” or “Creating a traffic hazard,” or “Endangering bystanders,” or other misdemeanor. However, the state may reasonably place a closed season on these exotic asocial animals whenever they are in danger of becoming extinct. An authentic buck pacifist has rarely been seen off Earth, and it is doubtful that any have survived the trouble there…regrettable, as they had the biggest mouths and the smallest brains of any of the primates. The small-mouthed variety of anarchist has spread through the Galaxy at the very wave front of the Diaspora; there is no need to protect them. But they often shoot back.

An Athiest that beleives in Magic? Any priest or shaman must be presumed guilty until proved innocent. History does not record anywhere at any time a religion that has any rational basis. Religion is a crutch for people not strong enough to stand up to the unknown without help. But, like dandruff, most people do have a religion and spend time and money on it and seem to derive considerable pleasure from fiddling with it. Men rarely (if ever) manage to dream up a God superior to themselves. Most Gods have the manners and morals of a spoiled child. What are the facts? Again and again and again-what are the facts? Shun wishful thinking, ignore divine revelation, forget what “the stars foretell,” avoid opinion, care not what the neighbors think, never mind the unguessable “verdict of history”—what are the facts, and to how many decimal places? You pilot always into an unknown future; facts are your single clue. Get the facts!

Aspects: Of Course the Game is Rigged Against you…So?/Alcohol Washes out the Boodstains, Usually/I Know What I Know. 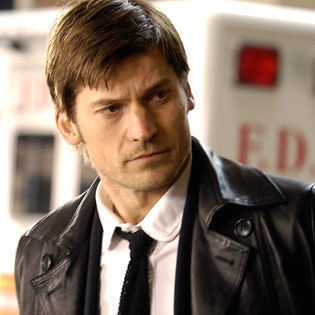