A Young Girl with a Meteoric Rise to Fame

Daughter of Allen and Elizabeth Harper, also a St. Paul native, Alison Harper lived a normal life, until she took a brief turn on American Idol. She quickly made it to “Hollywood” her singing was described by the judges as “luminescent” and that she “Glowed” on stage she was a shoe in for victory. There was then a shocking reversal of fortunes, with tabloids and internet message boards around the globe sounding off about it, when she was suddenly and shockingly voted off.

Alison returned to her home in Summit Hill, apparently unfazed by her sudden popularity. Unfortunately, shortly after this return, Alison was kidnapped from her bedroom in the AM hours.

In Falling Star, it was revealed by Donald Morgan to Craig Hale that Alison is actually the living embodiment of a star. As such her life force has the strength of a sun and her sacrifice could be used to power many of dark magic spells. Many various supernatural factions were interested in Alison. Both Bobby Chan and Jack Hunter learn that the Red Court, under the banner of the Latin Kings, were interested in obtaining Alison and using her blood in the manufacturing of Red Bliss. They even hired some of the Hel’s Angels to kidnap her. Brittany Winters learned that Windsor Simon Pearce was interested in acquiring Alison for Chrysophylax; she took exception to this because it sounded like, at best, that he wanted to put Alison in a gilded cage. Thomas Owens was hired by his mysterious benefactor to deliver Alison Harper to him for safety. He hopes to use her kidnapping as cover to fake her death and take her into hiding. Aleksander Erikson, Bethany Tempest, and Craig learn that Allen Harper made a deal with the Winter Court to raise Alison as their daughter and turn her over to them when her powers begin to manifest. Allen and his wife could not have children. He decided to get out of his bargain and went into hiding. It was probably Alison’s appearance on America Idol that garnered her the attention of the supernatural community. They also learn that since the the Winter Court wants her, the Summer Court wishes to stop that from happening; they do not care if she dies in the process. Craig was ordered by the White Council to return Alison home. He realizes that this would be as good as giving her to the Winter Court and that they are doing this because of the politics surrounding the Vampire War. (The Council makes use of the Ways controlled by the Winter Court.)

Alison was eventually auctioned by the shady merchant Clinton (or as he claims, someone using his identity), to the Wyvern Cult. Their Leader, Magnus Jotunnson, sought to use Alison’s life to strengthen one of the seals that keeps Fenrir in check. (It was later learned in Helping Hand that the seals are actually used to seal away the World Chair and that Fenrir is simply one of those seals.) The investigators assaulted Magnus’s stronghold and were able to defeat him, rescuing Alison Harper.

Realizing that Alison would not have a chance at freedom while the other parties were pursuing her, Alek, Craig, and Thomas decided to approach Blackthorn to see if their was a way to use the Accords to get Allen out of the deal that he made with the Winter Court. They managed to convince Blackthorn to rule in her favor, voiding the agreement made to the Winter Court. Blackthorn then took Alison to a private meeting; however Alek and Thomas were able to bull their way in. Not too long after a disgruntled Alek and Thomas were seen back at the Pig’s Eye Public House, with a news report that Alison Harper’s body has been found dead in a nearby ravine.

In Helping Hand, Evan St. Claire revealed that he kidnapped Alison Harper in Falling Star. He then auctioned her off to cover his tracks. He needed the Blood of a Fallen Star because it was one of the original ingredients for the Impossible Chains, as such it was a potent tool that could be used in destroying any of the wards. Bobby was able to use his life force, Evan’s and that Blood to restore one of the fallen seals. 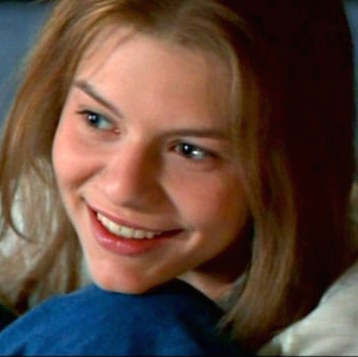