Baldur Vadderung is the son of Donar and Saga Vadderung. Baldur is just as arrogant and charismatic as his father. He is nominally employed by Monoc Securities but he is known by the humanitarian causes he champions. He invests the vast Vadderung fortune on causes all over the globe. While he tends to avoid the more militant causes of Monoc Securities, he doesn’t hestitate to

The Supernatural community knows the truth about Baldur, he is really Baldr, the Norse God of purity and light. His death is supposed to herald the start of Ragnarok, Baldur doesn’t let that fact bother him too much.

Baldur is one of the forgers of Gleipnir, even though it is not clear what “impossible thing” he gave up in its construction. When Craig Hale attempted to beseech his aid against the Red Court assault in the IDS Tower; Baldur refused stating that he “must not interfere.” Coincidentally, Susana Valencia also ordered her vampires to ignore Baldur during the assault. Baldur did lend minor aid to the i nvestigators. He helped Craig and Bethany Tempest regain their mental fortitude through some kind words; he also took care of an incapacitated Madison Jotunnson.

Baldur survived the assault on the IDS Tower and has been heard frequently on popular radio and television programs deploring the cowardice of the terrorists and the devastation that they wrought upon the community. He is also one of the chief financial backers behind David Anderson’s run to become Governor of Minnesota. 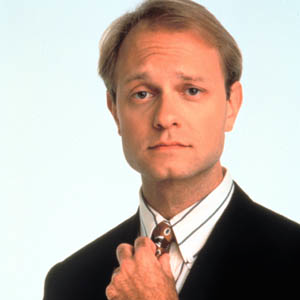