A Perky Librarian and also a White Council Archivist

Bethany Tempest has always had a knack for air magic. Be it small gusts of wind or true gales when she is really upset (sometimes it can come off as more electrifying, especially when she gets excited). Beth was approached by local Wardens, but recorded as a minor talent and not much else.

When Beth realized she could do magic, she delved right into it; pestering Wizards and Sorcerers to no end. While Bethany lacked in magical “ooomph,” she excelled in her organizational skills (creative and brilliant with the use of sticky notes), academic research (she wields a highlighter in a way that can make many a man blanche with fear), and creativity (her bulletin boards are very informative and, well, cute). The White Council, fearing that she might accidentally link up with some dangerous cult, put her in charge of the archived information at the Witch Hat Tower Public Library in an effort to make use of her skills and to divert some of that energy.

Since coming to the Twin Cities, Beth has also become highly active with Paranet and the Venatori Umbrorum. The former as the organizer and web manager of many local activities and the latter as a book keeper.

The Events of Falling Star, Craig the Magnificent, Helping Hand, and Changing Faces

Bethany assisted Aleksander Erikson and Craig Hale in their investigation with the Alison Harper disappearance. She aided Craig in the casting of some of his ritual spells. She also provided much needed magical power in their conflict with Erin Kirkpatrick and the Summer Court. The conflict created a significant mental strain and she passed out in the car while on the way to the Mall of America.

After the events in Falling Star she assisted Craig in the research of Gleipnir. She gave him a much needed ego boost and the moniker Craig the Magnificent, it was probably around this time that she first started developing feelings for Craig. She was drawn to his passion for both research and magic.

During the events of Helping Hand, Bethany defended Witch’s Hat Tower from the incursion of Ghouls and Spectres. She mistook Craig and Sister Dark as ghouls because the veil placed on them by Sylivia the Blue Eyed of the Winter Court. After Craig tried to convince her otherwise, she thought that they were ghouls who killed Craig. Her anguish drove the power of her magic and she inflicted significant harm on the two. Craig now realized the depths of her feelings based upon the pain of the scorch marks he received. She later passed out when Craig returned to Witch’s Hat Tower free of the veil, overcome with emotions and exhaustion after battling Ghouls on the library grounds.

In Changing Faces, Bethany refused to leave Craig’s side and ended up being his date to Pearce’s Galla. She acted with surprising control and magical strength as she stood with Craig against the Red Court Vampire assault, by either protecting others from harm with her wind magic; or by blowing vampires out the tall office building. Unfortunately she was charmed by Puck, her passions for Craig were driven to new heights. This caused several embarrassing encounters between the two.

Bethany has recently asked Craig to become his official apprentice. Craig recognizes that her magical gifts have grown and has agreed to teach her. 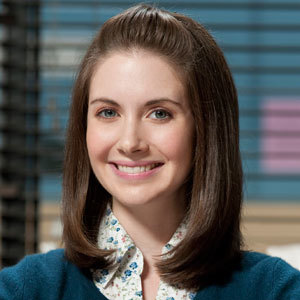