Born to a white truckstop waitress and her Chinese husband in Los Angeles in 1957, Bobby never quite fit in among his peers. Too white for most of the Chinese kids. Too Chinese for most the white kids. And too low class for everybody. Bobby found his niche in high school, though, dealing marijuana to his classmates.

An indifferent student, poor athlete, and somewhat socially awkward, Bobby was a virtuoso drug dealer. It wasn’t even about the money – Bobby was chasing the perfect high. His quest took him from LA flophouses to the jungles of Brazil, the mountains of Nepal, and dozens of places in between. On those travels, he began to hear rumors of mystics and wizards who held the key to the ultimate high. He chased them down to learn their secrets. On the longest day of the year 1984, Bobby was initiated into the Order of the Jade Serpent, an ancient Chinese society of thaumaturgic practitioners specializing in alchemy.

In the 30 years since, Bobby has continued to experiment as an itinerant alchemist, living in an old RV that lets him move with ease towards rumors of exotic ingredients. The RV is stuffed with so many alchemical reagents and pieces of equipment, it resembles a hoarder house more than a lab.

Recently, an Ojibwe shaman in Thunder Falls told him about the magical power of the burial mounds along the Mississippi, and so Bobby’s parked his RV in at Indian Mounds Park in St. Paul to study the sacred soil.

Phase Two Aspect: Initiate of the Order of the Jade Serpent

Phase Three: Fear and Loathing in the Nevernever

A laid-back drug dealer-cum-alchemist travels to the land of ghosts and fairies searching for the ingredients of the perfect high. But the spirits are not always welcoming of travelers from the mortal realm, and Bobby Chan has to fight for his life to avoid turning a bad trip into his worst nightmare.

Brittney needs a potion of true seeing to help her see the Roseville Ripper’s true form. She knows somebody who leads her to Bobby. Bobby reluctantly makes the potion for her, but he warns Brittany not to engage the skinwalker, as the collateral damage from such a fight could be immense.

Phase Four Aspect: Violence, is Like, not the Answer, man

Bobby met Jack‘s parents when Jack was a boy, first undergoing the changes to become a shapeshifter. Jack’s parents didn’t know what was going on with their boy, only that he wasn’t himself. Bobby prepared a potion to suppress his symptoms, which is why Jack wasn’t able to access his powers until severe psychic trauma broke through the block Bobby had put in place. By happenstance, he encounters Jack again 25 years later during the hunt for the Roseville Ripper, when Jack is helping Brittany and Thomas.

Phase Five Aspect: Don’t I Know you From Somewhere?

Events of Falling Star, In Which Bobby Learns of a Way Forward, Helping Hand, and Heaven Kinda Sucks:

Bobby was hired by Morgan Hernandez of the Latin Kings to help them include a new ingredient to their drug, Red Bliss the night before Alison Harper’s disappearance. He agreed for some money and a chance to get a new high. The morning there he met Richie Hernandez and he learned that they wanted to use the blood of a fallen star to enhance their narcotics. While looking for a way out, he stumbled upon Rosalie Pearson who had been tortured by the gang and was a Red Court infected. He fled with her into the Nevernever and ended up crossing a nightmarish hellscape with an irate Richie chasing him.

Bobby and Rosalie left the Nevernever and ended up in Foshay Tower, the heart of the Red Court. Carlos Ortega and Susana Valencia request that Bobby help them acquire Alison from the Magic Bazaar, they take Rosalie as hostage for Bobby’s good behavior.

Bobby ends up meeting the other investigators and assisting them in confronting Clinton and learning the location of Alison Harper’s kidnappers. He faced Magnus Jotunnson ins his lair. His potions helped the investigators defeat the warlock.

Bobby then leads Brittany Winters and Jack Hunter to the location the Red Court is holding Rosalie Hostage. They assault the location and rescue Rosalie. In the process of doing so, Bobby kills Richie. He later grows irate with the other investigators when he hears the news that Alison Harper is dead.

In Which Bobby Learns of a Way Forward, he makes contact with Puck who provides him with a potion that he states will cause chaos in the Red Court’s ranks.

Bobby finds himself roped into danger again during the events of Helping Hand when Crow Sings runs to Bobby’s RV to escape rampaging Spectres. They find themselves captured and drawn into the Nevernever, where they find themselves trapped in the tortured dreams of John Wesley Jacobs III. Using Crow Sings drunken and mystical site, Bobby was able to find a Way back into the real world.

He ends up rejoining the other investigators and finds himself drawn into a fight with the Hel’s Angels and a Stone Dragon. After both threats are dealt with. He and Crow Sings make their own way and confront Jacobs beneath HCMC where he is preparing to create Zombies. Bobby talks him down, but agrees to accompany him to Witch’s Hat Tower to confront Evan St. Claire and his army of Ghouls.

At the Tower, Bobby’s vision of clarity potion and the knowledge he gained from the Man in Embers, provided him insight into how to defeat Evan and save the Wards. First he rids Jacobs of the Mara who had been plaguing him with nightmares. He then uses a possession potion to take over Evan’s Body. Brittany Winters, Jacobs, and Thomas Owens help separate Evan from his Coin. Bobby then uses the blood of a fallen star, his life and Evan’s to restore one of the fallen wards.

In Heaven Kinda Sucks, Bobby Chan finds that his spirit is trapped inside of Gleipnir as one of its guardians. He learns that while these guardians are powerful, they are “kind of dumb” and he is able to guide their strength better. 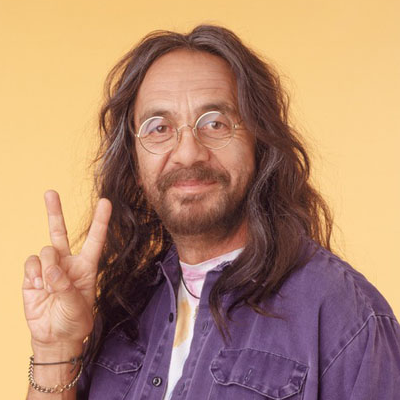