Slick Banker and an Even Slicker Blood Thirsty Vampire Lord

Not much is known about Carlos Basteri Gregoria Ortega, to the mundane world he is a successful and ruthless banker. To the FBI, CIA, and Homeland security he is a suspected money launder for Drug Cartels in South America. To those that REALLY know what is going on he is a Duke in the Red Court and represents their interests here.

He first came to the attention of the local supernatural powers in 1929 where, during the Great Depression, he systematically destroyed Wilbur Foshay’s Corporate Empire financially and then Wilbur’s sanity eventually driving him to suicide. (He felt slighted that he was not invited to the dedication ceremony at Foshay Tower.) In 1988 he has since assumed total control of the Foshay Building and has installed himself in the Palatial Suite on the 27th and 28th floors; rooms that Wilbur Foshay never got to enjoy.

Ortega wanted Alison Harper because her life force is that of a Fallen Star and it could increase the potency of Red Bliss. To that end he had the Latin Kings contract with the [[Hel’s Angels | Hel’s Angels] to kidnap her. When that failed because of other parties becoming involved, he had Susana Valencia pressure Bobby Chan into securing the girl for them. Bobby Chan ultimately betrayed Ortega.

Later, in Changing Faces, Carlos wanted revenge against those who wronged him. The individuals involved in Alison’s disappearance were at the top of his list. For reasons unknown, he decided to eliminate Windsor Simon Pearce and weaken Chrysophylax as well. He was unsuccessful because of the other investigators, particularly Brittany Winters, and was killed by Pearce and Chrysophylax’s shadow. 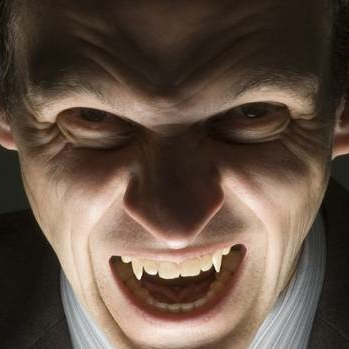