Sociopathic Enforcer for the Genovese

Colin Patterson is Peter’s right hand….or more accurately right fist. If an impression is needed to be made, Colin is the man to make it. He has a long and colorful criminal history and little remorse for the actions he has taken. Colin is a quiet individual who rarely speaks, but when he does it is usually to say something mean, hurtful, and generally make the listener feel like a horrible person.

Like Peter, he is a made man in the Genovese Crime family.

During the events of Strange Smells, Colin became a part of Jack Hunter and Moss’s investigation into the mysterious appearance of the thought to be deceased Katrinka Hunter, because Peter was interested in acquiring Carlos Ortega’s ledger. Peter also had information that would help them acquire access to the Foshay Tower.

In Changing Faces, Colin, Hunter and Moss battled Red Court vampires and Broadway Shotgun Boys. Colin was calm and professional until Jack and Moss split away from him with the ledger in tow. Fearing that he was betrayed. Colin opened fire on Moss as he jumped from a crater in left in the side of the building. Hunter, in his hawk form, was able to secure Moss and glide him to the ground.

Later, Colin made a brief appearance, secreting away Peter from the IDS Tower as the investigators confronted Susana Valencia.

Currently Peter and Colin vow revenge against Moss and Jack thinking that both have double crossed them. 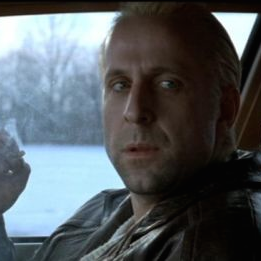