A Scholarly Wizard and a Little Bit of a Nerd

Born in 1979 into a wealthy New York family and educated in private schools. Nobody in his life had answers to what troubled him in his dreams and he came to rely on books rather than people for information. He became known as a creepy nerd to his peers. He values books greatly to this day.

Aspect: I Have my Books

Craig first dreamed of Alison Harper and her impending sacrifice by the Wyvern Cult with one of his Doom Dreams at the start of Falling Star. While he didn’t know who the participants were in the dream, he was beset with a feeling of dread. He was then commanded by the White Council and Donald Morgan to return Alison to her family. Morgan revealed that Alison was the personification of a Fallen Star and that balance needs to be restored in the Twin Cities. While he was researching into Alison’s background, he was contacted by Aleksander Erikson to assist with researching the occult associations with Alison’s disappearance.

Craig and Bethany Tempest assisted Alek in the investigation. They were able to make some headway in the macabre occult leavings at the Harper household. Craig and Alek were also able to ferret out that Allen Harper had made a deal with the Winter Court. Notably, when Craig saw a photo of Alison, he recognized her as the girl from his dream. When they were going to meet with the other investigators, they were ambushed by Erin Kirkpatrick and some Gruffs. They were able to fend off the ambush and rejoin the other investigators.

Craig then accompanied the rest of the investigators to the Magic Bazaar to confront Clinton about his role in Alison Harper’s disappearance. Along the way, Craig saw members of the Wyvern Cult who looked like the robed figures in his dream. While he was unable to determine Clinton’s level of culpability, he and Bobby Chan were able to trace Alison’s location at the Wabasha Street Caves. Craig then set fire to Clinton’s tent while the investigators battled Ice Wolves. Craig opened a Way to the Last Place on Earth for the rest of the investigators to escape through.

At the Last Place on Earth, Craig utilized his Prophecy of Doom spell to determine what conditions would make Magnus Jotunnson the most vulnerable. Before entering the caves, he accompanied Bobby and Brittany Winters to make more potions for the coming conflict. Craig then confronted Magnus and the Wyvern Cult with the power of Star Fire, his Prophecy came true and they defeated Magnus.

Alek, Craig, and Thomas Owens accompanied Alison to see Blackthorn. (Craig realized that if he returned Alison to her parents, that was really giving her to the Winter Court. He knows the White Council is not trying to lose their alliance they have because of the Vampire War.) He hoped Blackthorn could find a way out of the pact that Allen made. Craig was able to successfully gain Blackthorn’s assistance, and ultimately Alison’s freedom, through his own knowledge of the Accords.

Doing so earned Craig the animosity of the Winter Court and Sylivia the Blue Eyed. He ended up getting dressed down by her and was unable to go with Alison to her private meeting. During that time he also vouched for Brittany to become a Freeholding Lord. When Craig next heard of Alison, it was on the news reporting that she was dead. Slightly dejected and feeling that the whole thing stank, he resolved to research the matter more himself.

In Craig the Magnificent, his research into the Alison Harper disappearance led him into the investigation of the Wards beneath the Twin Cities. He learned about the rites of Gleipnir.

Craig was then contacted by Sister Dark to help her with her friend, John Wesley Jacobs III, during the events of Helping Hand. Craig agreed, after she played to his ego, and they went to the Fort Snelling’s National Cemetery to confront the army vet. Unfortunately, they came across Sylivia the Blue Eyed who laid a glamour upon the both of them. She, and the Winter Court, wanted revenge on Craig for his interference in the Alison Harper matter.

Sister Dark and he continue to Jacobs’s house. He runs from them in sudden fear and attacks them with firey evocations. Craig uses a water evocation and floods the sorcerer’s house with water from the nearby main. Inside, Jacobs had fled, but Craig finds evidence of a large scale ritual circle being created. He also realizes that he and the nun have been enchanted to appear as ghouls. Through happenstance the other investigators arrive, with Thomas being chased by a Stone Dragon. Craig recognizes it as a fetch of considerable power from the Winter Court. While the other investigators and the bewildered local authorities confront the fetch, Craig uses the favor he built up with the Summer Court and creates a powerful ritual. He then summons into being The Arcadian Buzzkill and the others are able to chase the fetch off.

While the other investigators chase the fetch, Craig and Sister Dark go to Como Conservatory and Zoo and confront the Winter Court regarding the glamour. On the way they take a detour by Witch’s Hat Tower because of a worried phone call from Bethany Tempest that spectres were congregating on the grounds. When Craig and Sister Dark arrived, they were beset by a mob of suddenly enraged spectres. They attempted to seek refuge within the Library, but were refused entry by Bethany mistaking them for ghouls. Craig tried to convince her of their true identity, however in doing so Bethany thought that the ghouls had killed Craig. Her grief and rage nearly killed Craig and the nun as she channeled powerful lightning evocations at them. They were able to escape on Craig’s motorcycle and sped back towards Como.

At Como, Craig was able to convince the Winter Court to lift the glamour. In exchange he agreed that they could access the Way Nexus at Witch’s Hat Tower. This exchanged unbalanced the current fae relations and Craig knew this could put him in hot water with both the White Council and the Summer Court. He then rejoined Brittany and Ripley at Sacred Grounds. He accompanied them to the Helping Hands Shelter to rescue the kidnapped homeless people.

He and Sister Dark battled ghouls on the nearby rooftop, as Sanya and Brittany confronted Aaron Douglas in the Alleyway below. When Aaron made his escape, he accompanied Sanya and Brittany to Witch’s Hat Tower to confront The Fallen. He ended up battling Ghouls who were assaulting his library and rescued a besieged Bethany (who promptly fainted realizing that Craig was alive). Craig then turned his power onto a monstrous Aaron and was able to assist Brittany in defeating the beast.

Afterwards, he created a monument to Bobby Chan on the Tower grounds. He then learned the terrible secret of the tower. Below it is the World Chair and whoever sits upon it has the power to unmake all reality. The rites of Gleipnir is what protects the chair and as they weaken and fall, the Chair becomes vulnerable. He is made its Guardian, and Warden, by Martha Liberty and the Senior Council.

In Changing Faces, newly made Warden Craig Hale finds his obligations put him in conflict. The White Council request that they represent them at Windsor Simon Pearce’s galla and make sure that the Genorisity of a Dragon is secure, Puck decides he wants it for his own and calls upon the debt he now owes the not too happy Summer Court, and somehow he ended up agreeing to take Bethany on a date. Craig lets the other investigators know of his problems and about the World Chair.

At the IDS Tower he and Bethany make a positive impression on Baldur Vadderung. He had received a call from Thomas earlier, alerting him to the fact that he is on Carlos Ortega’s hit list. He also notices gang members of the Broadway Shotgun Boys have been sneaking into the building as janitorial staff. During the party, he and Bethany are able to uncover the location of the Generosity of the Dragon as being contained in a small wooden box; unfortunately they draw attention to the discovery to everyone in the room.

Before they are able to investigate further, they are ambushed by Red Court vampires led by Susana Valencia. He throws a powerful spirit evocation at her, but he is disheartened when she is able to shrug the effects off. Baldur, who was unmoved to help, but impressed by Craig, rallies the wizard’s heart with some kind words. Craig then learns that the basement of the building is lined with explosives. He realizes that he can hex them and he continues downstairs with both Bethany and Ripley.

He meets up with Thomas and Rosalie Pearson as they battle a Shapeshifter over the box. Craig uses his Sight to see that the Shapeshifter is stealing his power from somewhere else and is really a Black Court vampire. He also learns that the Generosity of a Dragon is Chrysophylax’s ability to have children. Craig then attempts to aid Puck in getting the box by creating a thick mist. Not wanting to act directly against others, or confront the Black Court vampire, he opts to run to the basement.

In the basement Craig is able to successfully hex the explosives in the IDS Tower and the Foshay Tower. In doing so, Craig ends up disrupting all electronics in Downtown Minneapolis, destroying the electric grid and valuable electronics in the entire area. The next day, as Craig sits at his library; Jack Hunter arrives apologizing for his silence because he was being chased by Red Court Vampires. He then pledges his assistance in defending the World Chair.

In a family that strives to be a picture of wholesome normalcy he didn’t find much support. when he came out as a wizard with visions of the future. He resents the notion of normalcy and draws strength from his identity as a wizard.

Aspect: This is Who I am.

Attuned to the visions that come to him at night, Craig found himself living through the death-dreams of strangers. When he realized that the victims were real, he found himself in a confrontation with a Mara on a killing spree. He’s more afraid of sleep than most other things to this day.

Aspect: I Dream of Demons

The Story Losing the Pack

Jack Hunter enlisted Craig’s aid in interpreting his dreams. Craig didn’t have any answers immediately, but realized Jack’s hidden potential just in time to allow him to fight off the Skinwalker.

Aspect: I need to think about that

The Story: Fear and Loathing in the Nevernever

Craig’s first use of magic happened when he dreamed of two men (Bobby Chan and Thomas Owens) fighting for their life beset by a host of fae creatures. With his wish to save them he pulled them out of the Nevernever into his bedroom. He prefers to watch and act from a distance to this day.

Aspect: Too close for comfort 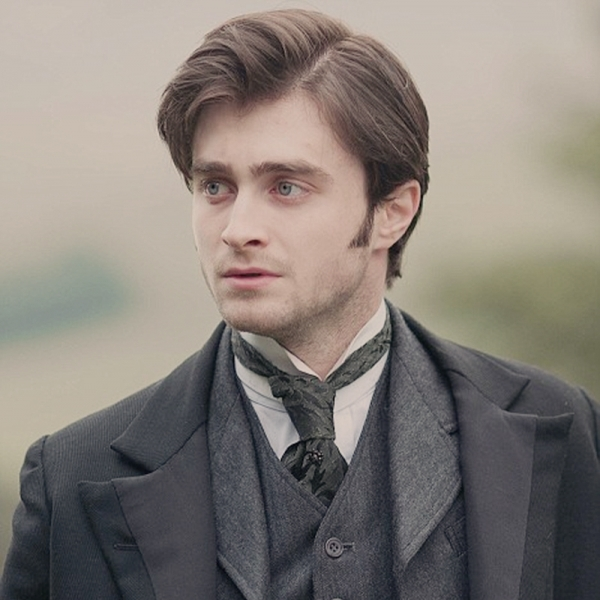