A Stern and Unforgiving Warden of the White Council

Donald Morgan is a Warden of the White Council. Due to the impairment of Captain Luccio, he is currently serving as the field commander of the White Council’s forces in the Vampire War. He’s a very tall man, heavy- chested, and well-muscled. He appears to be in his 50s, but he’s been a Warden for over a century. His hair is long, going grey unevenly, and usually pulled back into a ponytail; he also wears a similarly patchy short beard. His eyes are grey, dangerous, and edged with crow’s feet; they peer out of a pinched, thin face.

In the course of the Vampire War, he has performed admirably. Indeed, in one major battle, he personally cut down a Duke and two Counts and got within 20 feet of the Red King himself. This act of courage and skill garnered him the admiration of the Summer Court of Faerie, and they have made him a member of the Order of the Silver Oak, a friend and esquire to the Summer Court.

Morgan first directed Craig Hale to find Alison Harper and return her to her parents in Falling Star. He also let Craig know that she was the personification of a Fallen Star and that her power cannot fall into the wrong hands. Morgan then accompanies Martha Liberty at the end of Helping Hand when she declares that Craig is a Warden of the White Council and Guardian of the World Chair. Lastly, Morgan appears at the start of Changing Faces with the White Council’s command that he attend Windsor Simon Pearce’s ball as the their representative. He also presented Craig research on Gleipnir and the World Chair with directions to secure the Generosity of a Dragon.

At first Morgan disapproved of Craig Hale because of the bookish young man’s inexperience. Now Morgan is concerned that he is becoming about as destructive as a certain young Wizard in Chicago. 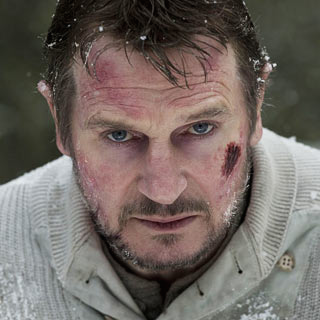