Jack, at 13 has a vision during his first Sun Dance where he is pierced by Crow Sings. Who wonders aloud, “Could you be the Sigmanitu Tonka? The Wotokiko of the ni? jack Has no idea what this means. The vision is that of a wolf devouring him. *(translated great wolf, avenger of the dead).

Much later Jack goes to school and is eventually accepted Major Case Squad where he uses opportunities to channel dirty money back to the community. The 8 million dollar bust reported in The Star Tribune last year on page 2 was actually a 12 million dollar bust. It’s funny, on page 6 there were major donations announced to several charities, somehow related to Native American causes.

Jack met and married the love of his life, Katrinka, who was also on the Major Case unit. They were married 2 years, almost 3, living on the Mdewakanton reservation, when the strange murders started…

At the start of Falling Star, Detective Jack Hunter and his partner, Detective Aleksander Erikson caught the Alison Harper case because they are known for handling the “odd” cases on the Major Case Squad. Hunter was annoyed byDetective Lietuenant Jack Vincent’s obvious attempts to find someone to blame for when this case fell apart. At the Harper home, Jack’s supernatural senses allowed him to pick out details on the scene that the crime scene unit missed. In particular, he was able to find evidence point towards two bikers from the Hel’s Angels. He was able to discover their scent and took the form of a Hawk to follow them towards St. Paul.

The two bikers led him to West Side, deep into Latin King territory, where they brought a sack into Morgan Hernandez’s grocery store. Hunter took shape and confronted Morgan and one of the bikers, unbeknownst to him was Lobo. The confrontation grew physical and Hunter ended up shifting into his wolf form, fighting a werewolf Lobo and Morgan in his Red Court Vampire form. Richie Hernandez then entered into the fray, nearly overwhelming Hunter. Through quick thinking he was able to expose both the vampires to sunlight and drive them back. Unfortunately the other biker also became involved, Tiny, and took the form of a Frost Giant, knocking Hunter to the street.

The other investigators came to Hunter’s aid and were eventually able to force the two biker’s to surrender. Hunter learns that they were paid by the Latin Kings to kidnap Alison Harper, however she wasn’t there. They noticed an outreach worker was hanging around the area and kidnapped him in hopes that he could give the Latin Kings some direction and they could get paid. The investigators let the two bikers go and proceeded into the interior of the building. Inside they learned that one of the vampires had dined on the outreach worker and that Alison Harper was being auctioned on the internet.

Hunter used his NSA connections and was able to learn that Clinton was the holder and the other investigators knew of his stall in the Magic Bazaar. Through a phone call he meets up with his partner and they go to the Mall of America. While the rest of the investigators confront Clinton, Hunter takes on his animal shape and tails the Wyvern Cult. He learns that they have acquired Alison and races back to the others to tell them. He arrives just in time to help them battle Ice Wolves.

Hunter then participates in the battle with Magnus Jotunnson and the Wyvern Cult. He spends time in his hawk form, freeing Alison from her bonds, before assuming his wolf form to battle the Ice Wolves that attempted to flank the other investigators. He then agrees to help Bobby Chan and Brittany Winters free Rosalie Pearson from the Red Court. He takes his hawk form to watch over the other two. When Richie becomes hostile towards Bobby, he takes the form of a wolf and guts the Red Court Vampire, opening him up for Bobby to destroy him with alchemy.

Hunter meets up with the other investigators at the Pig’s Eye Public House just in time to catch Alison Harper’s demise on the news. He is then suspended by Vincent. At home, Jack Hunter gets a blank tape in the mail. When he watches it, he sees surveillance footage of his dead wife walking out of Foshay Tower. The footage was one week old.

The events of Strange Smells details Hunter’s efforts to learn about the footage. He contacts Moss, an old friend of his and Kat’s, to help him scour the underworld for information. This puts him in the path of Peter Capra and Colin Patterson. They want Carlos Ortega’s secret accounts, which also has information on Kat and the bank transaction she made during the time of the video. Peter will help Hunter and Moss if they bring him the account book. Peter also offers, more like forces upon them, Colin’s assistance. They agree to Peter’s terms.

The three break into the Foshay Building during the events of Changing Faces. They learn right away that the Broadway Shotgun Boys had the rigged the building to explode and were also trying to break into Carlos Ortega’s vault. They come into harsh conflict with the Red Court Vampires and Hunter kills Morgan Hernandez with a bullet to the brain. Moss is able to break into the vault, but a demon in a suit of armor awakens when they do so. Colin and Hunter are able to fight the creature off and Moss is able to escape the vault with the ledger.

Michael Abernathy and the Shotgun Boys are not about to let them leave with the ledger as they also seek it out. After a gun battle, Moss and Jack escape with the ledger. Colin, fearing betrayal as he got separated from them, opens fire. Moss and Jack escape in Bobby Chan’s RV that was left by Thomas outside of the IDS Tower. After investigating the ledger, they learn that Kat had made a withdrawal from Thomas Archibald’s account. The records indicated that his estate had bought the Abandoned Hamm’s Brewery and Mansion and they decide to check it out.

At the Abandoned Brewery, Moss is able to break it as Jack overpowers two security guards. They make their way into an abandoned warehouse where they find Kat masked and bounded to a dark native american artifact. Jack stated that it used Shamanistic energies to steal the power of a skinchanger. Moss frees Kat and Jack destroys the device. Unbeknownst to the other investigators, Jack then grins fiercely and reveals that he is The Roseville Ripper and that he had killed the original Jack Hunter. His power was then stolen by a Black Court Vampire and he was stuck in this form. With it destroyed, he is now free.

Jack Hunter is next seen by Craig Hale when he pledges his support in guarding the World Chair.

Jack got the call at 3:37 am. The night was hot as hell. Rain might have been a blessing but summer had come and there was little rain. A woman’s body was found on the Red Lake reservation. Jack was called in to liaise with the tribal government and coordinate the investigation. This was typical.

Jack was not prepared for the level of depravity that this criminal perpetrated or what it awake in Jack. There was a design, etched in blood on the wall. The eyes of the wolf flashed in his mind and a smell, sickly sweet came to Jack, which he followed out the window. Losing the trail in the woods. No one, except the bloodhound found the same trail.

Days later Jack got another call at 3:37 pm. Another woman’s body was found, same design, same smell. This time at the White Earth reservation. Several days later there was another call at 3:37 am. The details eerily the same. The pattern repeats 8 more times. Jack, always loses the scent. There are little or no clues.

Jack stopped at the floral shop and picked up three roses, one for every year. The plan was go out over the weekend but celebrate at home tonight. As jack pulled up to the house in his cruiser he whistled a tunelessly to himself. As he approached the door Jack noted candles lit in the dining room. He opened the door, and dropped the roses. The sickly sweet smell was overwhelming. Drawing his gun, Jack entered the house, treading on the roses. There is blood everywhere and something in the room! Jack Shoots wildly, calling for Katrinka! The thing snarled at Jack and turned towards him. Suddenly Jack lunges knocking the table over and the world shifts. Jack’s mouth closes around the creatures ankle. The taste, like that of ashes and death, makes Jack gag and the creature strikes, pummeling him across the room The creature says several words in Dakota and then is gone.

Wounded Jack flees the scene just as his house goes up in flame. Jack cannot remember ever running so fast, he seemed to fly and the smell recedes. And then Jack realises he is flying! If it were not such a traumatic evening Jack might have enjoyed the feeling. Jack hunts throughout the night finding nothing except that he can now change into a wolf (the biggest damn wolf!) and an eagle (which is small and agile). This would almost be fun if he weren’t chasing a murderer.

Seeking answers Jack is pointed to the Public library at Witch’s Hat Tower. Where he meets Bethany Tempest and through her Donald Morgan. He has asked Bethany for information on Native American Spirits and a translation of what the creature said. She is working on both. In the mean time Donald has referred Jack to see Brittany Winters for assistance with the spirit and general training.

Phase Five Aspect: You Want me to Bite What!? WHERE!?! 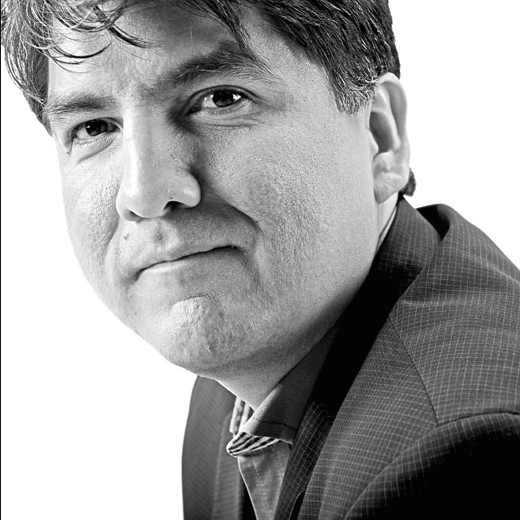