Sister Joanne Dark is new to her faith, she took her sacred vows after serving two tours in Afghanistan and is now living in Minneapolis on the grounds of The Bascilica of St. Mary. Visitors, day or night, are greeted by her upon their entry and always find her under the care of her watchful eye. She also runs an outreach program sponsored by St. Mary’s.

In the Supernatural Community, it is rumored that Sister Dark is a key player in training new Knights of the Cross in the arts of tactics and combat.

Events after Helping Hand and A Band of Barristas:

Sister Dark requests Craig Hale’s assistance in helping her with her friend John Wesley Jacobs III. Craig agrees, fearing that the man’s psychosis and access to magic could cause the Twin Cities to become unsafe. During the course of Helping Hand, she also gets cursed by the Winter Court to have the shape of a Ghoul. Once the curse is removed, she helps the other investigators in their confrontation with the Ghouls of the Helping Hands Shelter. Her injures during the conflict, and a previous one with a mistaken Bethany Tempest, prevent her from accompanying the rest of the investigators to Witch’s Hat Tower to confront Evan St. Claire. She, along with Aleksander Erikson, agree to take some of the homeless children to Sacred Grounds and defend them if the Ghouls return.

Sister Dark is now being assisted by Jacobs in running a Veteran’s Outreach program through St. Mary’s. She has also pledge to help Brittany Winters train the Lost Girls in supernatural combat tactics. 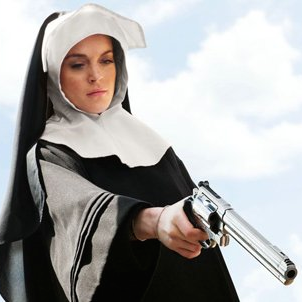