Katrina worked with Detective Jack Hunter on the Major Case Squad. Eventually they fell in love and married. In the events of Losing the Pack, Katrina was apparently murdered by the Roseville Ripper on the eve of celebrating their third marriage.

During Strange SmellsJack received a videotape of Kat walking out of Foshay Tower with a bag of money. He learned that Kat withdrew a size-able amount of funds to buy some illicit goods. It was unclear as to why she was still alive and how she had those kind of funds.

Thomas Owens and Rosalie Pearson also cross paths with Kat in the basement of the IDS Tower during the events of Changing Faces. She appeared to be helping the Broadway Shotgun Boys rig the building with explosives. She gets into a physical altercation with Thomas and her strength reminds him of that of the Roseville Ripper. It was later revealed that this Kat was a shapeshifter of some kind and was really a Black Court Vampire in disguise.

While the rest of the investigators confronted the shapeshifting Kat, Jack and Moss learn from Carlos Ortega’s personal ledger that Kat made a withdrawl from Thomas Archibald Brown’s estate. They also learn that he still owns the Abandoned Hamm’s Brewery and Mansion. They break into one of the old warehouses and discover Kat bound to a mystic native american device that was using dark magic to steal a naagloshi’s powers. (It did this by torturing someone with Shamanistic gifts.) Jack destroyed the device as Moss broke Kat free.

Kat, now free, recoils with horror from Jack, she says that Jack Hunter is dead. The current Jack laughed at her fear and reveals that he is actually the Roseville Ripper. He had killed Jack and assumed his form to then kill Kat and steal her magic, unfortunately a Black Court Vampire stole his power and trapped him in this form. “Jack” then savagely turns on Kat and Moss as his power has now returned to him.

Kat’s ultimate fate is unknown, but there is a good chance she is dead at the Ripper’s hands. 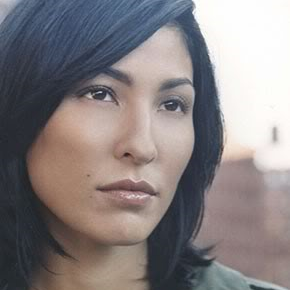