Former Fashion Model, Minor Talented Witch, and an Employee of Abercrombie and Fitch

Madison Jotunnson would not stay with her father no matter how many courts said she should (her mother struggled with frequent drug addiction and Madison has long since last track of her movements). This all changed of course when Magnus was exposed as being behind one of the most violent cults in the Twin Cities Metropolitan area.

Madison grew up with her maternal grandparents in Edina where she excelled at school and in athletics (She is both tall and surprisingly strong for her build). She was crowned as Miss Edina at the end of her Senior year and she leveraged that award into a part time gig as a spokesperson for Denny Hecker’s Dealerships and a full time gig of enjoying everything that the Minneapolis night life has to offer.

Madison’s spokesmodel career came to an end with Denny Hecker’s legal troubles and she was able to find employment at the Mall of America’s Abercrombie and Fitch. It was there that she began to realize her other talents and found that she could also help mundanes and minor talents enter into the Magic Bazaar that exists at the Mall of America in the Nevernever. She also acts as the Gatekeeper’s mortal representative.

Throughout the events of Falling Star, she aided the investigators in their travels through the Nevernever. First from going to the Mall of America to the Magic Bazaar to investigate Clinton and later from the Last Place on Earth to Wabasha Street Caves, so the investigators could confront Magnus Jotunnson and rescue Alison Harper. Later Brittany Winters secures her aid in vouching for her as a Freeholding Lord. Brittany also makes a deal with Steve McCellan to bring Madison with her on a date with Steve to secure his aid in vouching.

Steve collects on his debt in Changing Faces, he uses Madison as leverage against Brittany, by intoxicating her with both alcohol and the charm of a White Court Vampire. Madison almost succumbs, but Brittany intercedes and promises herself for the night if Steve leaves Madison alone. Madison was later under the escort of Baldur Vadderung as the rest of the investigators fended off the attacks by the Red Court. 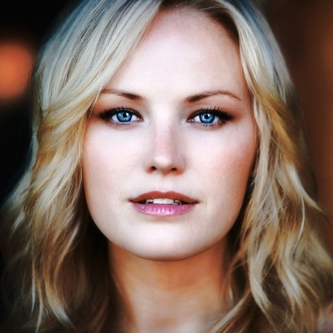