Disgraced Civic Leader, Effective Cult Leader, with a Touch of Frost in him

Magnus Jotunnson was involved in real estate, owning several properties about the greater Twin Cities Metropolitan area and one of the key players in the development of Eden Prairie and the surrounding shopping area. There was some odd gossip about his wife and no one was surprised when she vanished (most felt she is secreted away at some rehab center as she was in and out of Hazelden on a monthly basis.)

Magnus was one of the Twin Cities elite, but one day a violent clash broke out between local law enforcement and the Wyvern Cult at the Eden Prairie Mall resulting in the deaths of 7 individuals. Magnus’s ties to the Wyvern Cult was revealed in the ensuing investigation. His small financial empire quickly collapsed around him, he lost custody of his daughter and has since gone into hiding.

Magnus and the Wyvern Cult were revealed to be behind the purchase of Alison Harper during Falling Star. The investigators learned that Magnus purchased Alison because he needed the power of a star to strengthen the failing wards about Gleipnir and prevent the end of the world. Magnus operated under the belief that he was the only one who could prevent catastrophe from destroying the Twin Cities, if not the world, and was only further convinced after he was beaten to a bloody pulp by the combined might of Aleksander Erikson, Bobby Chan, Brittany Winters, and Craig Hale. He eventually surrendered and with him the Wyvern Cult shattered. Magnus was able to escape captivity while the investigators were distracted by Trick’s ambush outside the Wabasha Street Caves. 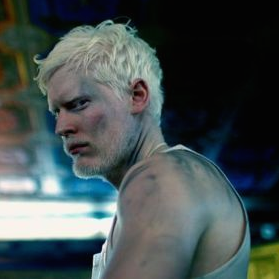