A Bored Billionaire Playboy who is a Secret Venatori Wielding the Masamune, Yawarakai-Te

Maxwell Harrington Steele III, is Max to his friends and associates is the primary stock holder of the Steele International Group, LLC. Day to day dealings are left to the Board of Directors. Blinded at a young age when his parents died, Max grew up abroad in the life of luxury, only returning to Minneapolis upon completing college. Now he appears content to attend charity functions and live the life of a playboy.

Of course, that is what the headlines say. The day his parents died unlocked something deep inside Max. He is blind, but so many other senses were awaken. Max is the inheritor of a family secret, his parents were apart of the Venatori Umbrorum. He has found himself sucked into that world, trained and now apart of a secret society in a secret society. He was awarded the Yawarakai-Te commonly known as Tender Hands and arisen to the rank of Venatori. He is one of the few fighting in the Oblivion War and knows that it has come to Minneapolis since the revealing of the World Chair. Since destruction has wrought his city, Max knows that in the dark, only the blind can see.

Born to the historic Steele family, one of the founding families of Downtown Minneapolis, Max lived an ideal life until the age of 6. During a stormy night his parents died in a freak accident when lightning struck Steele Manner killing them and blinding the young Max. It wasn’t until after Max underwent his training with the Venatori Umbrorum that he truly understood what happened. A rival and bitter sorcerer summoned a demon of air and fury. It tour apart his family and almost ended his life. Instead, it’s touch, altered Max. He now vows vengence against the supernatural who prey upon his city.

Phase 1 Aspect: Tied to the City by Birthright and Blood

Publicly, Max lived abroad in various boarding schools. In reality he traveled the world, training in the ancient mysteries to make sense and then utilize his gifts. His discipline, resilience and supernatural senses paid off. He was recruited into the secret Venatori, a group that the lesser Venatori Umbrorum are unaware of. He was awarded in the Yawarakai-Te translated as he Tender Hands. The sword is a powerful blade wrought by the legendary blade smith Masamune. When Masamune and Muramasa compared their best wrought blades. Masamune brought the Yawarakai-Te. Legends hold the following:

“The first of the swords [Muramasa’s blade] was by all accounts a fine sword, however it is a blood thirsty, evil blade, as it does not discriminate as to who or what it will cut. It may just as well be cutting down butterflies as severing heads. The second [Masamune’s blade] was by far the finer of the two, as it does not needlessly cut that which is innocent and undeserving.”

The Yawarakai-Te can only harm those who have done violence and when doing so allows the wielder to strike with supernatural speed and precision. He now carries the blade sheathed inside his cane.

Phase 2 Aspect: Weilder of the Yawarakai-Te

The Story: More Ways Than One to be a Hero

When Max returned to the cities after terrorist attacks supposedly had darken Minneapolis. The Venatori knew that terrible magics have been unleashed, leading the city to darkness and ruin. He expected to draw his blade for battle. Instead he found corruption and greed. He forced Reynard Loke off the board of directors when he found out about Steel International’s involvement in shady real estate deals. Then when mysterious information about Let. Det. Jack Vincent’s corruption came his way he used his family’s influence, i.e. bags of money, to have him suspended from the force.

Phase 3 Aspect: Being Rich is Kinda a Superpower

The first night Max returned he found himself hot on the tail of a rage demon accidentally summoned by teenage dabblers in magic. Unfortunately the beast was fast and Max found himself behind the steering wheel of a car for the first time of his life. Bad luck doubles down on Max ashis face is a too little well known for being a BLIND Billionaire Playboy and he was promptly pulled over by an annoyed Det. Alek Erikson. His attempts to make an early donation to the Detective Alek Erikson’s early retirement fund was met with scorn. His arrest was forestalled when the rage demon flipped a small truck. The Cop and the Billionaire found themselves teaming up on the car chase and eventually sending the demon back to the Nevernever. All of it costing Max a night of drinks with Alek.

Phase 4 Aspect: A Little TOO Public of a Fake Face

Upon returning to the cities, Max senses the presence of a new powerful spirit. He also senses that a necromancer is practicing in the area as well. He chases down the Spirit, fearing it is in league with the necromancer. He comes across the possessed Hazard Pay and mistakes her for the necromancer. With the creative use of spray paint, pepper spray, and car alarms; Hazard Pay is able to render Max senseless and escape….only to leave him vulnerable to the true Necromancer who was tracking them both. Luckily for the two, Hazard Pay returns and helps Max recover, allowing him to defeat the Necromancer.

Phase 5 Aspect: A Chaotic Cacophony can Overwhelm the Senses 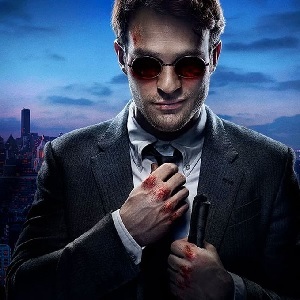