Cunning and Ambitious Gang Leader of the Broadway Shotgun Boys

Michael Abernathy is not the most violent, the most wise, or the most experienced member of his gang, but he is the most cunning and ruthless. He grew up on the corner of Broadway and Irving, and started the hustle as early as the age of 7. He started as a mascot of sorts to the Broadway Shotgun Boys, but as he got old his ingenuity and talents quickly earned him a place of greater importance. He worked his way up in the gang, driving it to be greater, more ambitious than it ever was before.

Under his leadership, the gang changed from slinging dime bags and stick-ups to muscling in on some of the local drug traffic and more organized criminal endeavors. The start of his leadership was a marked increase in violence in the area as he clashed with other local gangs. The Broadway Shotgun Boys have come out on top of these conflicts and he is quickly turning them into a gang to be reckoned with.

The Events of Changing Faces:

Michael led the Broadway Shotgun Boys on an assault of the IDS Tower, Foshay Tower and the police armory. Jack Hunter, Moss, and Colin Patterson learned he planted explosives in all three buildings with his intention of striking a blow against the “monsters” who plague this city. Michael was also after Carlos Ortega’s ledger. While the other investigators never learned of Michael’s plans, they did stumble across his explosives. Craig Hale was able to disrupt them with a massive Hex that also caused an “EMP” type blackout across the city. This did not stop Michael from making off with a massive amount of weaponry and money. 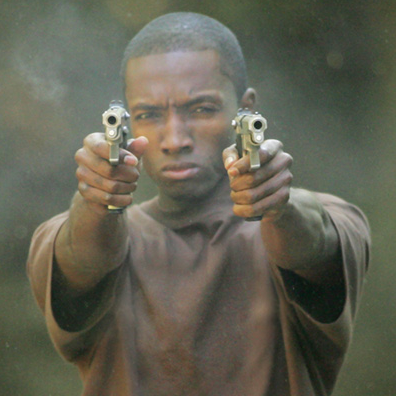