A Capo in the Genovese Crime Syndicate

Peter Capra is a Minneapolis native. At a young age he turned to street crime, serving time in JDC both in middle school and high school. During that time he was recruited as a soldier in the Genovese Crime Syndicate and eventually went out east. He then got into some kind of “trouble” out east, but demonstrated his loyalty to his family in a way that few criminals do. He served 10 years in Sing Sing for Aggravated Assault. (The Local Prosecutor wanted him for murder, but it hard to make those charges stick when the corpse, according to papers, “dissolved into some weird goo.”)

When he got out, he was sent back home to help the Capras and the Pattersons continue the Genovese stranglehold on Gambling, Alcohol, and Prostitution. Peter is ruthless and is quite willing to put the screws to mortals and immortals alike.

Peter pressures Jack Hunter and Moss to steal Carlos Ortega’s ledger for him when he learns of their interest in it. In return he provides Moss with access codes to bypass the electronic security codes of Foshay Tower, he also has Colin Patterson accompany them to assist against more stalwart defenses and to protect his interests.

During Changing Faces, Peter attended Windsor Simon Pearce’s gala. When the opportunity arose, he stole the Generosity of a Dragon and attempted to flee the IDS Tower. Peter was ultimately stopped by the Man in Horned Rimmed Glasses with a stun gun. Sometime during the chaos occurring in the Tower, he eventually regained consciousness and escaped. 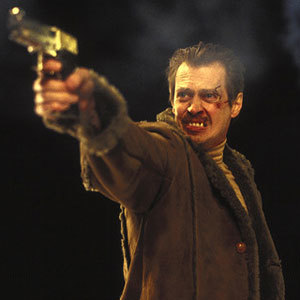