Puck is an old and well known Summer Fairy, immortalized in William Shakespear’s works. Puck, however, is told in stories that cross through many cultures. In some of the English speaking ones he is known as Robin Goodfellow or Hob (short for Hobgoblin). One thing that they all agree on is that when he appears mischievousness is always afoot; his passing is always marked by chaos and carnage. Sidhe Lords care very little for the plight of mortals, except where it entertains them.

Events of In Which Bobby Learns of a Way Forward and Changing Faces:

Bobby Chan learns a way forward while distraught over the death of Alison Harper. He gets a visit from Puck, who gifts him a potion in which he can get his revenge.

Sadly, Bobby never gets to use his potion after his death in Helping Hand; however in Changing Faces, Thomas Owens stumbles across Puck’s potion in Bobby’s RV and currently has it in his possession. Craig Hale also gets a visit from Puck who has purchased the debt he incurred with the Summer Court. Puck requests for Craig to steal the Generosity of a Dragon from Chrysophylax and bring it to him. Craig agrees figuring that Puck is one of the Wardkeepers of Gleipnir. 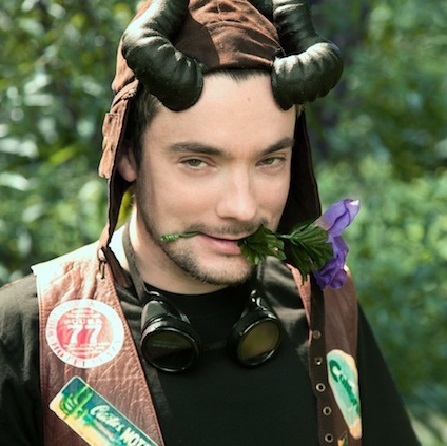