A Dog Infused with Faerie Blood

Ripley was born to a mortal dog and a Bitch of the Hunt, the pup was sent to the mortal world to hone its skills of survival until she was ready to be reclaimed by the Hunt when it rides again.

Aspect: Survival of the Fittest

At the start of Helping Hand, Ripley and Brittany Winters were on a walk when they stumbled upon Jane Doe being assaulted by Ghouls disguised as Helping Hands Outreach Workers. Brittany was at first taken in by the illusion, but Ripley’s sense of smell was not fooled. She attacked them and broke their ruse. She took a vicious wound from one of the Ghouls, but despite that wound she was able to defeat the two monsters and guide Brittany and the girl to safety.

Ripley then accompanied Brittany to John Wesley Jacobs III’s home to meet the other investigators to help them chase down the Stone Dragon. When they got intercepted by Lobo and the other Hel’s Angels, Ripley tackled one and then attacked the rest of the pack. She was able to defeat Lobo in combat and send the rest scurrying. She then helped the rest of the investigators over come the Stone Dragon. Val, who was hunting the Dragon, wanted the Fear of a Fairy Queen. Ripley did not trust Val’s motives and snatched it with her jaws, unfortunately the vial that contained it was fragile. Ripley shattered it with her jaws and was nearly overcome by a feeling of crippling fear. Its destruction also shattered one of the wards sealing off the World Chair. Ripley eventually stayed behind at Sacred Grounds with Aleksander Erikson and Sister Dark to protect the homeless people rescued from the Helping Hands Shelter.

Ripley was compelled by Blackthorn to represent the Wyldfae at Windsor Simon Pearce’s gala during changing faces. He also requested that Ripley seize the Generosity of a Dragon to prevent it from falling in the wrong hands. Ripley served as Blackthorn’s representative and was eventually able to snatch the Generosity from a shapeshifter. Puck intervened, but Ripley was able to call upon Blackthorn and summon his presence to counter the treacherous Summer Fae. She attempted to escape from the IDS Tower, but was stopped by the presence of Chrysophylax who demanded the return of his property. Ripley did so and was able to part in peace, well knowing that the Great Dragon would not forget this.

Ripley struggled to survive the first two Minnesota Winters. She was put to the test when she became preyed upon by a pack of Malks.

Aspect: Get Away From her, you Bitch! 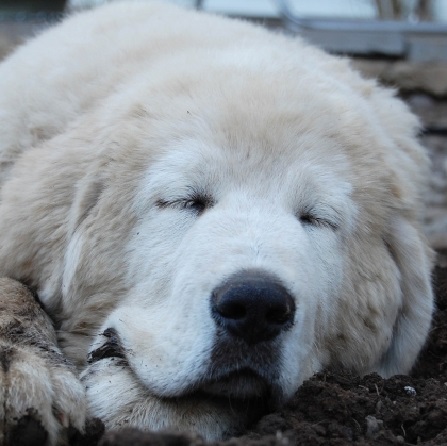