The Roseville Ripper was the named dubbed to the serial killer who hideously murder numerous victims in the Twin Cities area, the killer’s first victims being in the Roseville area. The rippers slayings were brutal and garnered international intention. His victims were widespread, but all appeared to have been skinned alive with bits of them eaten or bitten off.

The murderer was never caught, but the Roseville Ripper’s reign of terror was brought to an end by the combined efforts of Aleksander Erikson, Bobby Chan, Brittany Winters, Jack Hunter, and Thomas Owens.

After the events of Changing Faces:

Thomas encounters a shapeshifter who has powers similar to the Ripper wearing Katrinka Hunter’s form in the basement of the IDS Tower. Later this same shifter appears to be attempting to steal the Generosity of a Dragon, its efforts were thwarted and it was revealed that the shifter was really a Black Court Vampire using stolen powers.

Unbeknownst to the other investigators, at the end of Changing Faces, the Roseville Ripper had killed Jack Hunter prior to the events of The Roseville Ripper. The Ripper is in fact a Naagloshii, who after killing Jack Hunter and stealing his powers, had his stolen by a Black Court Vampire was trapped in his form. (The Ripper is a combination of the murders committed by the Naagloshii and the Black Court Vampire with those powers.) With the destruction of the Dark Native American Ritual, he was able to reclaim his powers.

The Roseville Ripper was last seen in the form of Jack Hunter, promising Craig Hale his help in protecting the World Chair. 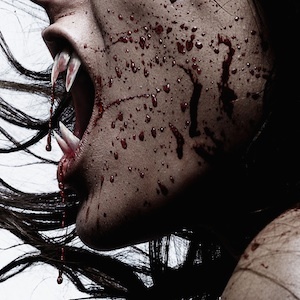