Spencer works as a roving reporter for the Southwestern Arcane, based out of San Antonio, is a tabloid rag that reports on the paranormal. Through the extensive contacts the paper has, he’s sent all over the Southwest to look into stories of the supernatural. He uses his own knowledge of the supernatural to decide what should be printed and what’s better left from the general public.
Aspect: Word Slingin’ Wizard

Spencer was orphaned as an infant. His father, James, was a wizard of the White Council in good standing, despite his hunger for power both magical and political. When passed over for a position on the Senior Council, James attempted to take his rage out on the council who spurned his aspirations. In the ensuing battle, both James and his wife were killed and Spencer was sent to be raised and taught by his grandfather. With his final breath, James aimed his Death Curse at the Council and while Spencer was too young to be influenced by his parents, the Council is leery of his ability and if he’ll play a part in his father’s Death Curse.
Aspect: Sins of the Father

The motorcycle that Spence uses as his soul means of transportation, entrusted to him by his Grandfather after having lived his entire young life on his grandfather’s farm. He thinks of the bike as a reminder of home and the great man that taught him not only how to use magic, but how it should be used.
Aspect: Grandfather’s Indian 841

It seems that everywhere Spencer goes he finds himself put into touch with the supernatural, whether this is due to his skills as an investigative journalist and the skilled staff at the paper or that trouble just seems to follow him is up to debate. It has proven helpful in building a name for himself not only in the paranormal community, but also in the journalism industry.
Aspect: A Nose for News

While doing a story on the increasing popularity of “Paranormal Reality Shows,” Spencer meets up with the T.A.P.S. crew on the site of one of their investigations. After the interviews are concluded and he’s shown the tools they work with (he kept his distance), Spencer is invited to stay on for the evening and assist with the investigation. Strange things occur throughout the night, culminating in an attack on the crew by an embodied spirit. In the ensuing fight, the crew’s evidence was “accidentally” destroyed when Spencer called on his magic to aid their survival, eventually leading to Spencer riding his bike at top speed through the corridors of the massive building with an enraged spiritual entity hot on his heels.
Aspect: Subtlety is both an art AND a science.

In the course of writing a story on Mexico City’s earthquakes uncovering Teotihuacán Ruins, Spencer decides to take a look at the supposedly haunted tourist location of “La Isla De Las Munecas” (The Island of Lost Dolls). Upon arriving, he’s surprised to find Joshua Gates and the crew of Destination Truth as they’re setting up for an overnight stay on the island. After a bit of conversation, Spencer is surprised (and pleased) to find out that Joshua reads his articles in the Southwestern Arcane and is asked if he’ll lend his experience to the investigation. As the crew goes about recording their experience on the island Spencer learns that while the island is not haunted, it is considered the territory of a nasty water-fae. Throughout the night, Spencer makes his way around the island setting up wards in order to protect himself and the crew from the creature, all the while attempting to hide his actions and intentions. Upon comparing notes in the morning, Spencer allows the crew to go on believing the island to be haunted… and doesn’t let on how he had to use a few of the dolls in his warding spell. Thankfully his actions kept him off the cameras.
Aspect: I’ve seen some unexplainable things, and I’ve done some things I can’t explain 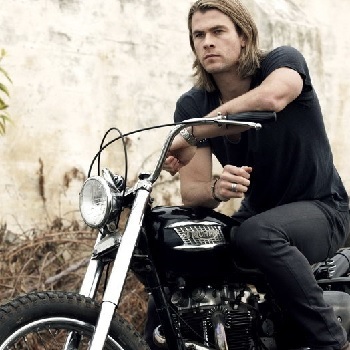