Bearer of the Living Iron 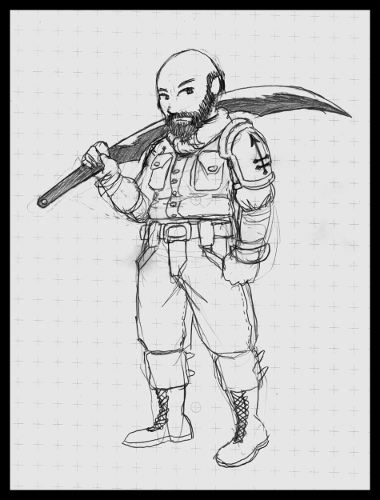 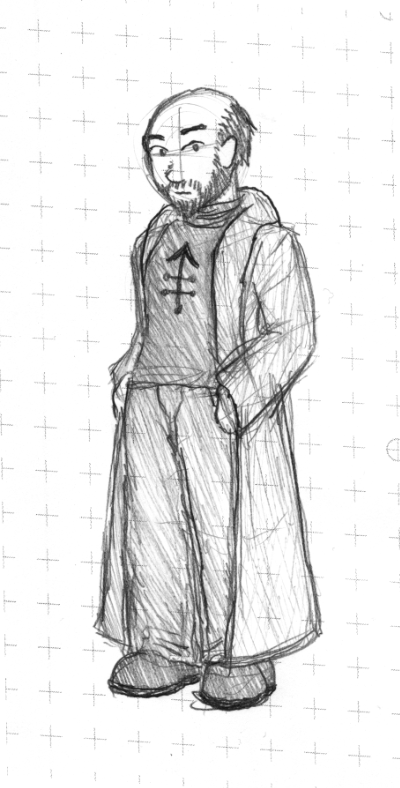 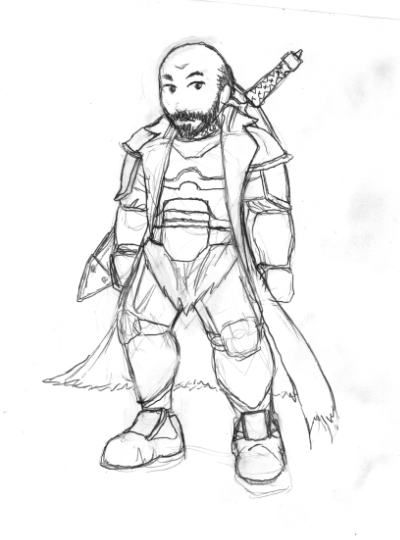 Thomas Owens was born in 1903 to a farming family in the eastern United States. As a young man, he moved to Boston and became a mechanic. Throughout the 1920s, he built a reputation for honesty, integrity, and work ethic.

In 1936, stumbled through a portal into the Nevernever. Fleeing from murderous wild fae, he stumbled across an ancient battlefield littered with bizarre bones. Protruding from an impossibly large ribcage was a razor-sharp iron blade; hoping it could fend off his pursuers, Thomas yanked the blade free. That blade was the Living Iron, an artifact from a forgotten war waged against the fae by an unknown force.

The Living Iron bound itself to Thomas’ blood, granting him the power to survive but also claiming him for its own purposes. Those purposes remain unknown to Thomas, who knows all too well that he must obey or die when the Iron calls upon him.

Phase Two Aspect: I’m tough because I have to be.

On the morning of Alison Harper’s disappearance, Thomas was hired by the Man in Horned Rimmed Glasses to locate Alison Harper and to bring the girl to him, as there are supernatural entities that want her life and he intends to keep her safe. Thomas agreed to the job and was forwarded some funds. His journey to the Harper home was interrupted by a Winter Troll and Trick. He collapsed the 94 bridge on the Troll and was able to convince Trick and the pack of Malks to back-off. He eventually met up with both Brittany Winters and Jack Hunter and assisted in confrontation with Tiny and Lobo.

He then accompanied the other Investigators to the Magic Bazaar. There he fended off attacks from Ice Wolves, while Craig Hale created a Way out of the Nevernever. Thomas was unable to assist the other investigators in the confrontation with Magnus Jotunnson, because Erin Kirkpatrick had challenged him to a duel. (She had wired the cave entrance to blow if he refused.) Thomas successfully managed to battle her to a standstill. She retreated when the other investigators disrupted Magnus’s ritual.

Thomas then got in touch with the Man in the Horned Rimmed Glasses and allowed him to speak with Alison. Alison refused his offer because he was unable to protect her parents as well. He indicated that because Allen Harper made a deal with the Winter Court that he would be unable to hide him as well. Alison accompanied Thomas, Craig and Aleksander Erikson to meet Blackthorn in an effort to get out of the bargain.

After Alison was freed from the Winter Court, she was directed to a backroom. Thomas and Alek were able to join her, dodging a furious Sylivia the Blue Eyed. The events that occurred in there are known only to Thomas and Alek, when they emerged from the backroom a news report indicated that Alison Harper was found dead. Thomas began to say something to the other investigators, but made some kind of choking sound and then received a phone call. At the conclusion of the call, he glowered and stomped out of Pig’s Eye Public House.

In Suit Up, Thomas used the funds he received from Falling Star and crafted himself a suit of armor to protect himself from the dangers of the supernatural world. He was then hired by Val in Helping Hand to kill a dragon. The rest of the Hel’s Angels, led by Tiny and Lobo, had other ideas and physically confronted the two.

After defeating the bikers in battle, Val and Thomas proceed to Fort Snelling’s National Cemetery where Val directs Thomas to confront the Stone Dragon located there. The Dragon is more than a statue and charges Thomas, Thomas realizes that he is more than hire muscle and it appears that he is bait. He attempts to stab the dragon, but is instead sent hurling through the air and into John Wesley Jacobs III’s house. Their he meets up with the other investigators who then identify the dragon as a Fetch from the Winter Court who is striking out at Thomas for his past interference in Falling Star. Thomas is ultimately able to slay the beast with the aid of the the others.

As the rest of the investigators begin to research the events that are occurring, Thomas ends up following Spectres to Witch’s Hat Tower. Upon arriving there, he sees Ghouls dragging homeless people up the tower while fighting of Spectres. Thomas charges through them and up the tower, where he confronts Evan St. Claire. With the eventual arrival of the other investigators, Thomas was able to defeat Evan.

Thomas was hoping for a quiet evening in Changing Faces that all changes when he gets a phone call from a mysterious person that only he recognizes that Red Court Vampires are out to kill him and his friends because of their past interference in Falling Star. The voice then leads Thomas to safety through the assault where he crosses paths with Rosalie Pearson, driving Bobby Chan’s RV. She heard of the hit that Carlos Ortega put on Thomas and the others and was coming to warn them. Thomas knows of the party at the IDS Tower, he gives them a call and then chases after. He also pockets the potion that Puck gave Bobby.

Thomas and Rosalie confront Red Court Vampires killing unconscious Monoc Security Guards. They quickly subdue them. They then notice a van parked with radio detonators and explosives. Thomas quickly crafts a device that suppresses the radio signal, so that it would have to be detonated locally. He and Rosalie then proceed to the basement and get into conflict with a shapeshifter, that reminds Thomas of The Roseville Ripper, and Broadway Shotgun Boys. The Shapeshifter traps them downstairs and they defeat the members of the gang.

He and Rosalie learn that the IDS Tower, the Police Armory and Foshay Tower. Unfortunately when Thomas destroyed the radio detonator, he triggered a timer giving them only 60 minutes before the building explodes. Thomas is able to use the intercom system and contact the other investigators, Craig says that he might be able to disrupt it with a hex and will make his way down. Thomas charges upstairs after the shapeshifter.

There he gets into a confrontation with the shapeshifter and Susana Valencia. With the arrival of Craig, Bethany Tempest, and Ripley he was able to drive them both off. He then escorts Craig downstairs who is able to disrupt the explosives, but at the cost of darkening all of Downtown Minneapolis.

Thomas has since vanished, his garage left abandoned.

Thomas eventually fought his way out of the Nevernever to find that nearly 70 years had passed since he entered while he had aged less than 5. With the life and world he know long gone, Thomas became something of a “Monster Hunter for Hire”. He is never short of work and slaying supernatural creatures seems to satisfy the Living Iron; it particularly enjoys killing fae of any type.

On several of his hunts, Thomas has crossed paths with a young woman claiming to be “The Slayer”. Despite their differences, they made a very successful team when neither could defeat the Roseville Ripper alone.

Fear and Loathing in the Nevernever

While lost in the Nevernever, Thomas encountered an unusual man named Bobby Chan. Thomas agreed to protect Bobby from his pursuers and in return Bobby led Thomas back to reality.

Thomas was hired by Craig Hale to help him hunt a Mara that was wreaking havoc throughout the cities. 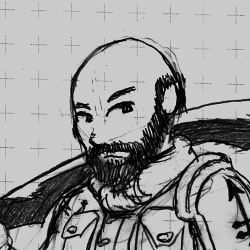