Windsor Simon Pearce was one of the most dedicated Wardens to ever to serve the White Council. During World War II, he faced Kemmler stroke for in the smoking ruins of Bastogne. He has faced demons and stood at the very doors to the Outside whereupon he laughed in the face of Oblivion as he turned aside whatever was thrown his way. When the Vampire War erupted, Pearce quickly went to the hottest parts of the conflict, battling Vampire Lords and Ghouls, protecting the White Council’s Ways through the Nevernever.

Pearce served with senior White Council’s Simon Pietrovich at Archangel as his right hand man on the war council. He was there when the Red Court mounted its surprised attack, butchering everyone. Pearce, thought among the dead, surprised everyone when a couple of months later showed up to the Hidden Halls of Edinburgh. Instead of returning to his duties, he announces that he is beholden to a new master now, and dropped his sword and cloak upon the floor in the main meeting chamber at the feet of the Merlin; forever forswearing his allegiances to the White Council.

Now serving as the dragon Chrysophylax’s chief adviser, he serves as the head of DH Acquisitions LCC, working diligently at expanding Chrysophylax’s horde. Pearce’s tactical acumen has translated well to the world of hostile, financial investment. In the wake of multiple business scandals that have plagued Minnesota’s financial world, Pearce has been able to dramatically increase the holdings of DH Acquisitions LCC; especially after acquiring a number of properties that Magnus Jotunnson once controlled. He has since bought out the top 10 floors of the IDS building and has installed his offices there, with his home on the uppermost floor.

Events of Falling Star, Exchanges on Faith, and Changing Faces:

Pearce was attempting to acquire Alison Harper for Chrysophylax’s collection and in an effort to protect her from other interested parties. Because of these actions he came to the attention of Brittany Winters. When Brittany confronted him on this issue, Pearce and Chrysophylax also became interested in acquiring her. Brittany rebuffed their offers and was barely able to escape a security team that he sent after her. It is possible that it was Pearce who got Jack Vincent to place an AB out for Brittany’s arrest as it was lifted when she was acknowledged as a Freeholding Lord. Pearces consternation of that fact is relayed in a series of text messages in Exchanges on Faith.

Pearce invites supernatural individuals of note to his gala in Changing Faces. When the Red Court and Carlos Ortega assault the IDS Tower, Pearce took the offensive against Carlos and his magics. The conflict was evenly matched, with Chrysophylax slowly being drawn into; however the intercession of Brittany and Steve McCellan tipped the scales in Pearce’s favor and allowed him to destroy Ortega. 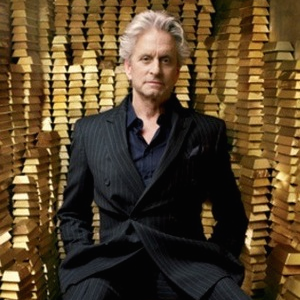